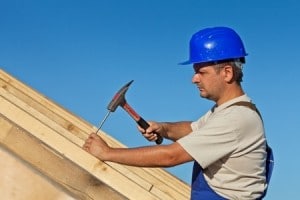 When it comes to roof problems, homeowners are often torn between having it repaired or totally replacing it, and the biggest factor that influences the decision is basically the costs associated with both.

Obviously, having a roof repaired is way cheaper than having it replaced. Depending on the extent of the damage, roof repairs can run from a few hundred dollars to somewhere around a thousand, whereas the whole tear down and installation of the new rook will run significantly more, up to more or less $10,000 depending on the size of the property. Bigger houses are even reported to spend twice or thrice as much.

However, when thinking and choosing between repairs and replacements, it is important to consider not only the immediate cost that you may be charged, but also the long-term expenses that may be incurred after the repair or replacement has been conducted.

For example, if the damage is a simple leak or water infiltration, then perhaps a roof repair should do the trick. But then again, such problems may persist a short time after the repair has been made (due to moisture already present or still present, maybe not exactly on the spot fixed but on the other areas of the roof. This will prompt you to call the handyman again to fix the problem. Constantly calling a professional to repair your roof can run you a great deal of money per visit, and in time, as you start to see the bill accumulate, you’ll start wondering whether changing the roof was a better option.

In addition, if the whole roof is showing signs of aging, it may be futile to have it repaired. If the roof has deteriorated extensively, it may present a lot of problems aside leaks, including weak beams, broken shingles and more. Having all these repaired may well cost the same as having the roof replaced.

Thus, when faced with a dilemma between repairing a roof or replacing it, you should have your roof assessed and evaluated by an expert roofer. By identifying the extent of the damage, you should have an idea whether you can still salvage it or not and be able to spend your money wisely and without regret.