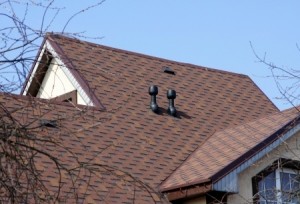 For most people who pass by your house, the most common things that they notice is how well trimmed your lawns are, how pretty and colorful your gardens are, or how nice your porch or veranda is. All too often, your roof, despite being one of the most expensive aspects your house, is noticed last (if at all) – except if you have lush green grass growing on it, with some splendid flowers for color and variety.

Seriously?
Well, yes. You can plant grass and flowers on your roofs, and if your house’s and roof’s structure is built strong enough, you can enough put a few shrubs and small foliages or trees on it, too. Why, many people in parts of the globe often make use of green roofs or living roofs as long as the climate and weather conditions permit (although there are some workarounds for these situations – that is, where the weather is not conducive for such types of roofing).

Where It Began
It’s not really clear where this practice of green roofing began exactly, but most sources say that it started in countries located in the Scandinavian regions, especially in the rural and remote areas. As to the question of when, it is said that this may have already been in practice ever since the pre-historical periods in those places. For instance, records show that during the times of Vikings, people already had houses with sod roofs.

How It Is Done
In the past centuries, sod roofs were made by first lining the roof with birch barks, which acts as a wonderful water-resistant medium to keep rainwater from dripping down from the roof or ceiling. Now why Birch Bark? Well, aside from the fact that they are plenty in the area, they are also known to be quite long-lasting and do not decompose easily, so basically, putting soil on top of it was not an issue. The sod or the soil placed on top of the bark was mostly to hold them in place (although planting on them may not have been part of the plan).
The same concept applies to modern sod roofs, with the exception of using birch bark. Now, architects and engineers use bitumen roofing felt.

Having a sod roof is a great way of showing your neighbors how much you support green living, quite literally. These types of roof provide a lot of benefits to the homeowners, one of them being an eye-catching sight which will surely grab the attention of any passers-by.